Some of you remember Muse, Adobe’s tool for creating websites. In case if you didn’t know, the app was still available for purchase from Adobe, but the latest major release was in 2015.

And finally, on March 26, Adobe updated Muse, only to reveal that it had been discontinued.

Table of Contents hide
A Small Muse History
Dates to Remember If You Are a Muse User
Why Did Adobe Discontinue Muse?
What Are the Adobe Alternatives to Muse?
Or Consider Other, Non-Adobe, Alternatives

Launched in 2012, Muse was promoted as an easy to use tool for designers to create and publish websites without having to write code. Adobe intended for Muse to become an alternative to Dreamweaver, another neglected Adobe tool for designing websites. 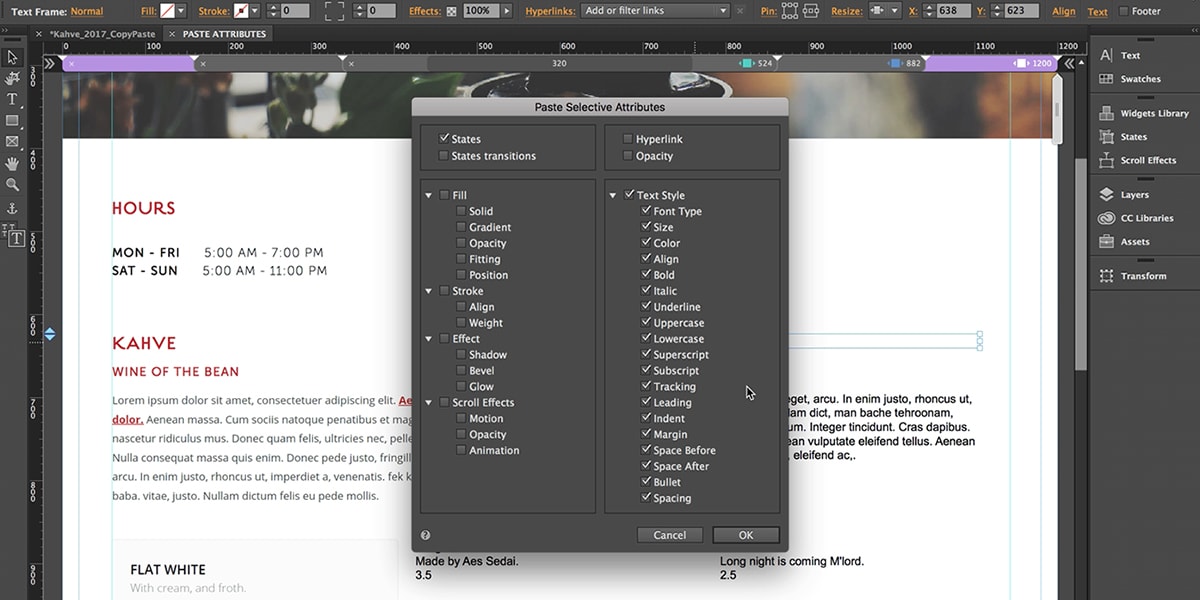 While the tool never gained the traction Adobe had hoped, Muse developed some loyal followers among designers and entrepreneurs.

Muse’s official widget gallery includes more than 1,000 add-ons, both free and paid, available to extend Muse’s functionality. If you count theme developers, community websites or independent developers, while small, the community surrounding the app was quite vibrant. 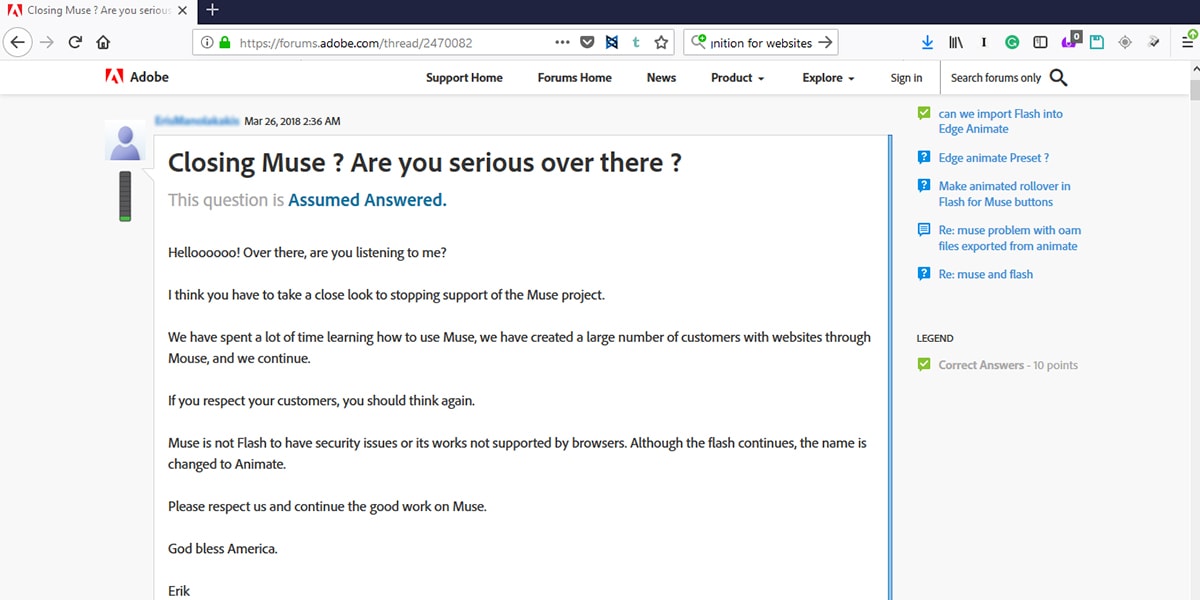 Considering Muse’s apparent lack of popularity, the ecosystem built around Muse was enough to keep people around.

Dates to Remember If You Are a Muse User

Of course, while Adobe discontinues Muse, the software will still run on individual computers. Taking into account that Muse was already on autopilot for more than 18 months, users will get another year or two of desktop use. 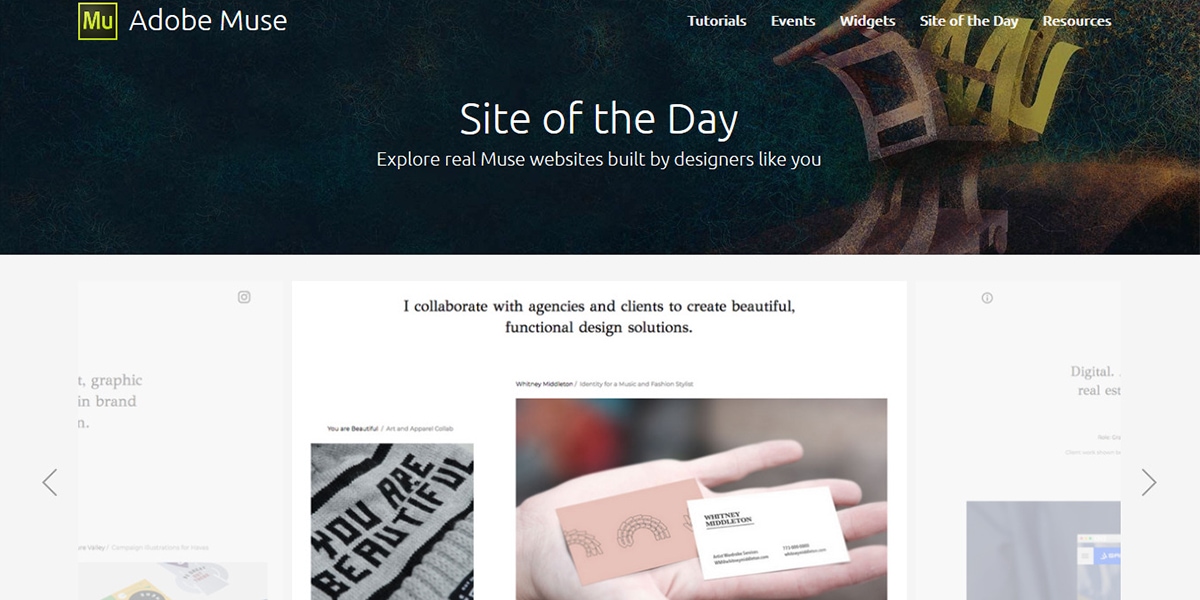 The software will receive compatibility updates and bug fix updates for both Windows and Mac until May 20, 2019. In time, incompatibilities between Muse and web standards and browsers will render the application obsolete. Of course, this won’t happen overnight so no one will be caught by surprise. Of course, you shouldn’t invest in Muse anymore.

Existing users can continue to use Muse to create websites or edit existing ones using the application according to Adobe. Customers using Business Catalyst to host instances will have to migrate to other hosting platforms by May 26, 2020.

Why Did Adobe Discontinue Muse?

Adobe disguised the reason behind Muse’s retirement in a short and ambiguous statement. However, it’s clear to anyone that the tool failed to become a money-generating product and was unable to compete with online website generators. Of course, Adobe’s fixation with Adobe XD also played an essential role in Muse’s downfall. 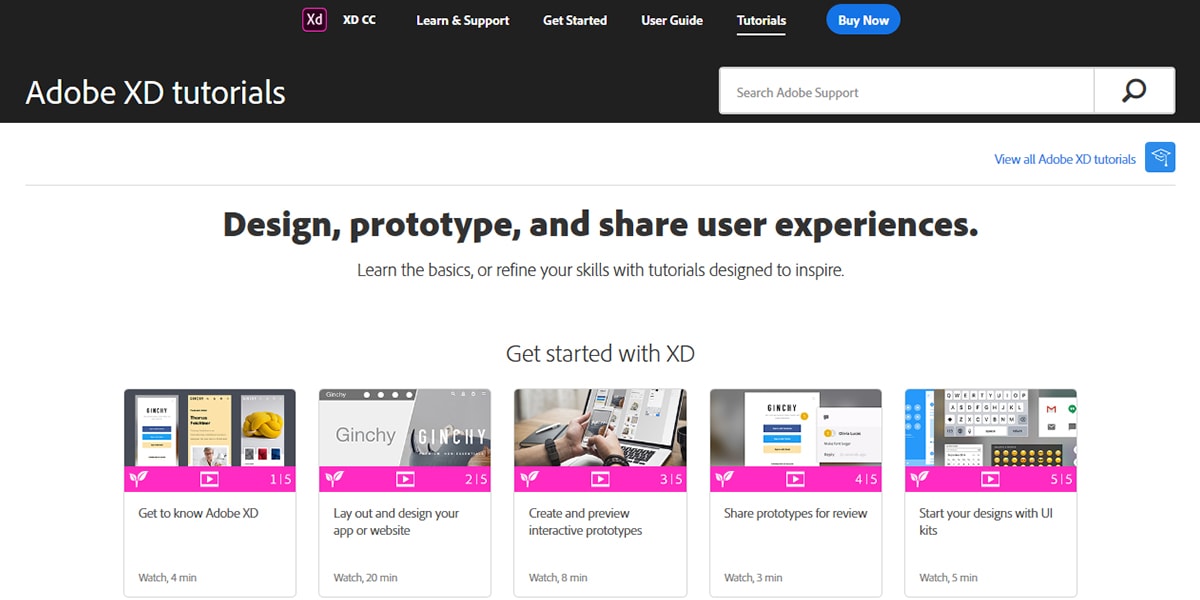 It’s clear that Adobe decided to end Muse just around the time XD was teased to designers and developers. Facing serious competition, Adobe chose to focus on prioritizing XD, and in the process, cut resources from low impact products.

What Are the Adobe Alternatives to Muse?

You wouldn’t be surprised if Adobe ditched a product and offered three products to do what that ONE product did, right? Well, this is precisely the case. In Adobe’s EOL announcement, the company suggests that:

Also, Adobe mentioned that “very soon,” Spark will add “do it yourself” website creation features. So basically, if you want to build a website that is somewhere between “complex” and “not at all complex,” and it’s not a portfolio that you “should” keep it in Adobe’s proprietary garden, then you should wait for Spark’s multi-page functionality. For real?

Or Consider Other, Non-Adobe, Alternatives 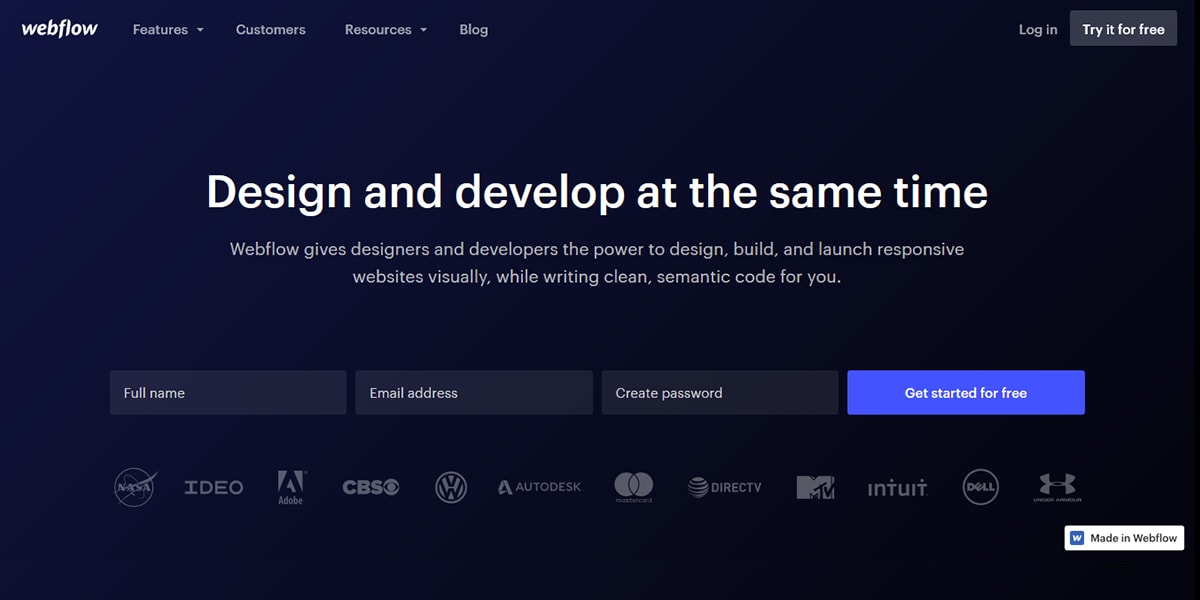 The team at Webflow is probably throwing a party after Adobe’s announcement and concurrently launching various how-to videos to migrate from Muse. Webflow is available for free, but there is a catch.

If you want to work on multiple projects, export code and remove branding, then you’ll have to sign up for a paid plan. It’s worth the price because it offers a fluid and feature-rich website creation experience. Basically, Webflow is Muse in another universe. 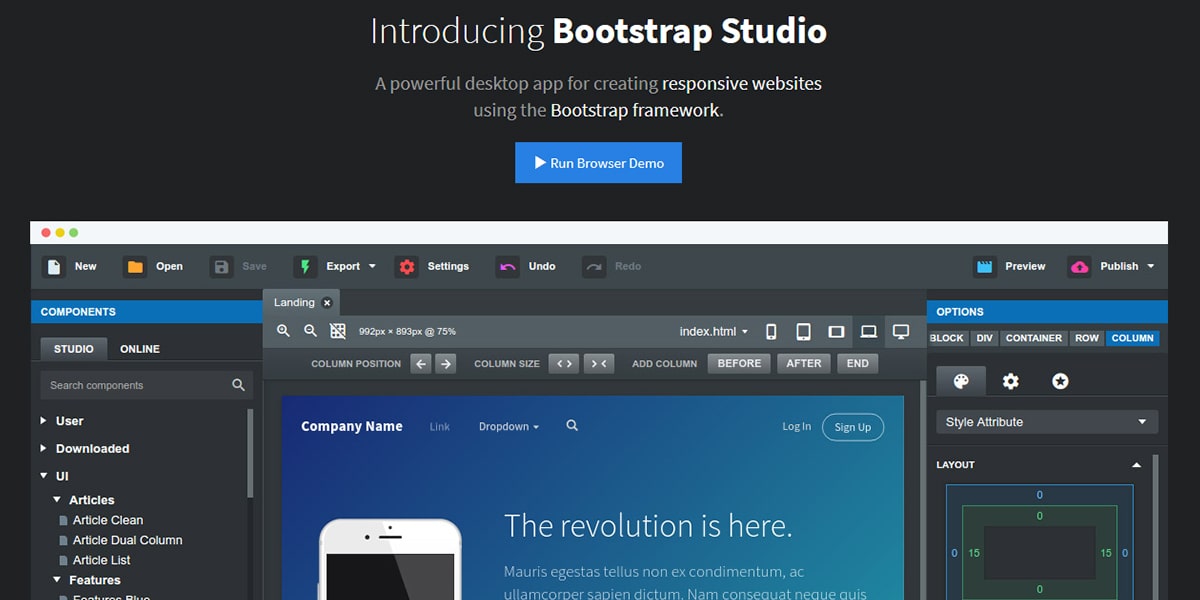 You could also try Bootstrap Studio, a versatile tool with a friendly interface, polished built-in components, live preview, animations, grid tools and more. Bootstrap Studio is available in two paid plans, $50 for one year and $120 for a lifetime license.

I would also suggest looking into Pinegrow. While it’s a little more complicated than the first two options, Pinegrow will grow on you in time. It’s the best choice if you want to fine-tune your design, but you are also comfortable with code. The real-time multiple screen size preview feature is terrific. You’ll pay between $49 and $149 for a year of updates. 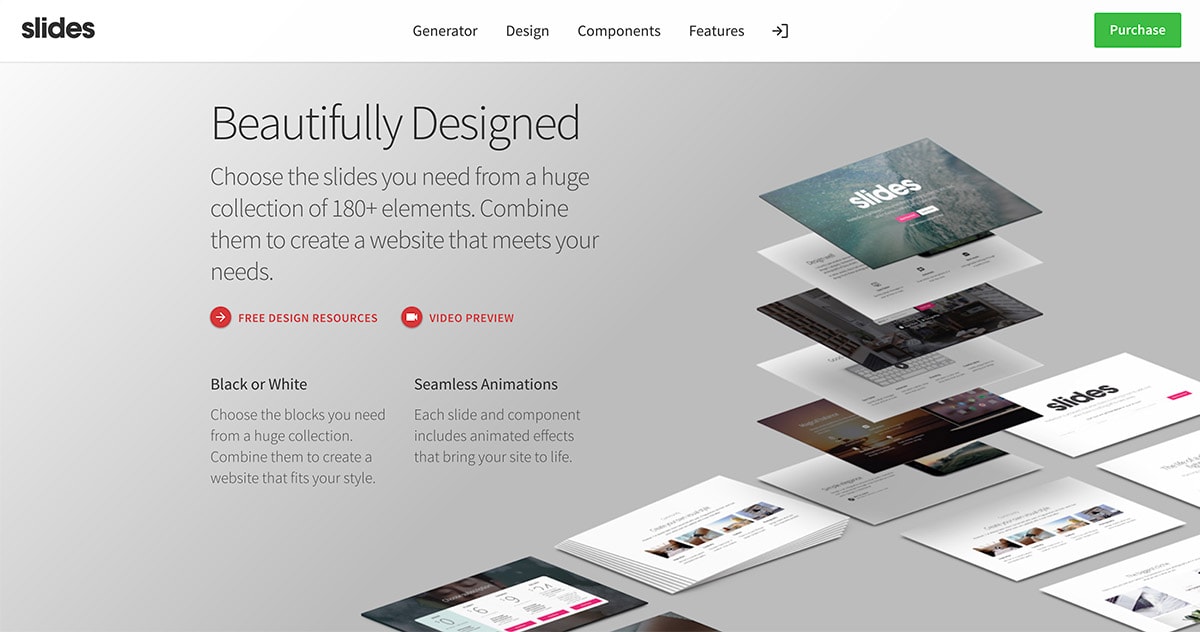 Finally, you should also have a look at Designmodo’s Slides Framework and Startup Framework. The tools will help you get past Muse withdrawal syndrome in less than an hour. In addition, you’ll be able to create amazing experiences, that you never thought possible before. Both frameworks are suitable for casual and advanced users. But don’t take my word for it.

Check them out for yourself!

While I’ve fiddled around with Muse a few times, the tool was never in my toolset. However, for a lot of people, it was the perfect tool. So, it’s sad to see Muse go. It’s just another reminder that we shouldn’t depend on a single tool to get things done.