I have taken the liberty of asking the awesome Justin Mezzell for an interview to get inside his creative head. 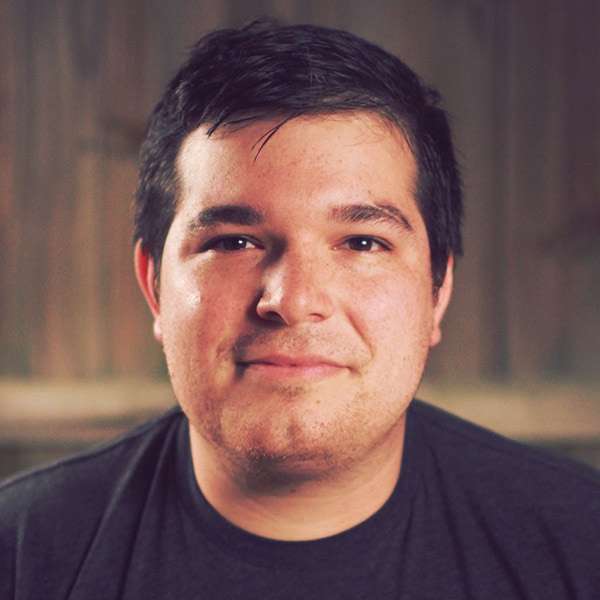 Who is he? A designer and illustrator currently living in Orlando, Florida with his wife, daughter, and an incredibly pampered Papillion. I will let him introduce him a little better to get to know him in depth! 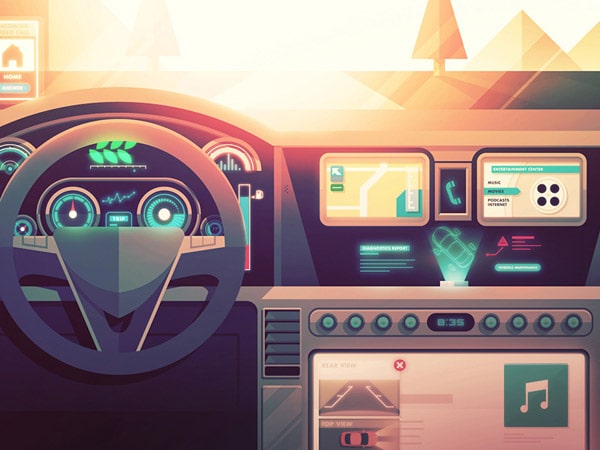 I read a lot of comic books, drink a lot of coffee, and fancy a good ale or bourbon from time to time. I’m currently working as Art Director at Code School, where I work with a team of people who are far smarter than I am. It works out well—so long as they speak slowly.

– I had always been interested in creative work and I spent the earlier years of my life exploring just how I could flesh that out. I invested considerable time in theater, music, and film production, all the while quietly playing around with a bootlegged version of Photoshop. I never really expected any of it to take. Most of the time, it was an outlet for me to create fake film posters or create a visual narrative of my own little stories. Largely due to the fact that I had absolutely no idea what I was doing.

At one point, a local magazine reached out to me for an internship. An internship I was highly unqualified for. Long story short, it ended up being one of the most defining career moves for me.

– How did you develop your style and how would you describe it?

– I should hope that there’s some flexibility in what I would define as my own style. That said, I do tend towards exploration within the confines of the Illustrator’s grid system. The short answer for just how I found what you might refer to as my style in properly summed up in 5 simple words: “with a lot of failure”. And that’s not limited to commercial failure; it’s far more personal. I experimented a lot.

– When you start a new project, what is your typical design process?

– For me, I like to know where my clients come from, not only where they’re going, so I’ll spend some time looking into where they’ve been up until now. That could be old campaigns previous web pages, any older visual systems they’ve built or been a part of. It’s helpful in navigating what they want, and what they wish to steer clear of. I’ll want to start throwing down pixels pretty early in the process, as it helps me get excited about what I’m building. In a lot of ways, I’ve learned to trust my gut on some things.

– How do you describe your daily routine?

– Parenthood, with some design thrown in for good measure. I’ve found that I work much better in the morning, so I’ll typically try to get an early start to the day. I’ll hobble my way down to the home office for the first hour or two of the day, and head into the Code School offices around 8:30am most days of the week. From there, it’s a steady stream of espresso and design until I feel the need to move my body around awkwardly in front of strangers and make some time to go to the gym. After that, I’ll spend the rest of the day with my wife and our daughter, Piper. More often than not, that involves me chasing the wee one around the house and trying to keep her from eating things and ultimately, ironically, trying to feed her things she won’t eat. From there, I’ll take the rest of the evening to spend some time with my wife and perhaps a nice glass of whiskey.

– Which are your favorite studios or designers that keep you inspired?

– The majority of my inspiration comes from those that I’m close to and have learned to grow with. It’s in these relationships that you can build the certain type of trust and respect that’s needed for open and honest critique. I’ve got to thank Riley Cran, Rogie King, Alex Griendling, Rick Murphy, Dan Gneiding, to name for a few for always giving me someone to look towards, as well as someone to look up to.

– What inspires you outside of work?

– Really what it comes down to is one thing: Story. I’m in awe of how powerful the concept of story is. How much it can affect us in ways that logical arguments can’t. Experiences can shape our thinking unlike anything else. Story is a canvas by which we share these experiences in a, hopefully, meaningful and effective way. But they needn’t be fiction. Our very lives are part of those stories. In fact, it’s conversations that happen outside of work-related conversations that inspire me the most. Sharing a beer with some great minds is the easiest way to get my slow one moving. 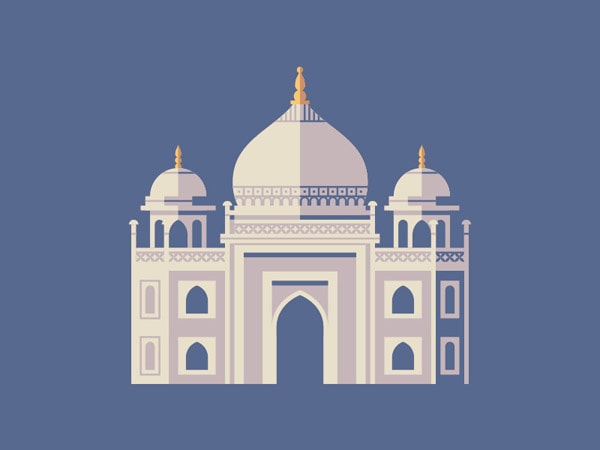 – Do you find you work better in a team or alone?

– It’s funny; I would have totally answered this question so differently a year ago. It’s incredibly easy to be an army of one. There’s less convincing, more actionable “doing”, and a lot less politicking. But just “doing” something doesn’t mean it’s more fruitful. Since working with a team, I’ve come to love how it affects the entire process from conception to completion. It’s messy, at times, but it’s also so worth it.

– How important is the workspace to your creativity? 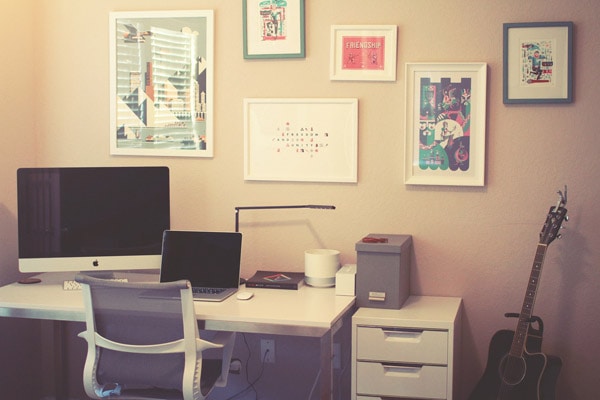 – In my experience, I can’t say it’s terribly important. I could work on the top of a moving train, so long as I had paperweights, some headphones, and the assurance that my computer could stay grounded. I’ve worked in all manner of places and I can’t say that it’s had a large affect on me.

– What is your favorite aspect about the design industry?

– I love that we’re working in a public-facing environment, and we’ve shaped such a large community around it with a seemingly limitless supply of tutelage and diversity. I can’t tell you how many incredible people I’ve met through the industry that are just as eager to learn as they are to share their knowledge and resources. 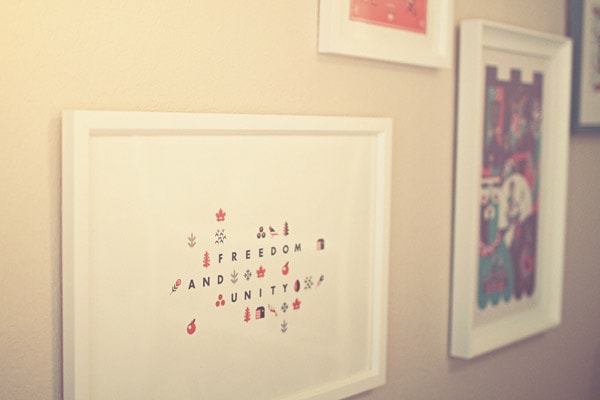 – What about a favorite recent project?

– Alex Griendling just released a His 2013 Game of the Year collection, in which 10 of his favorite games of 2013 are recreated using pixel art. What really strikes me is how incredibly unique each of these pieces is. He’s stupid good at it, really. I have no clue how his mind works.

– What has been the biggest highlight of your career so far?

– Learning how to say no because now I actually get to have a life and live it.

– What lessons have you learned in your career?

– In reality, there have been so many that I could fill a few hardcover books, but I’ll spare you the probably stale details. What I can share are a few things that I’ve come to remind myself every so often. 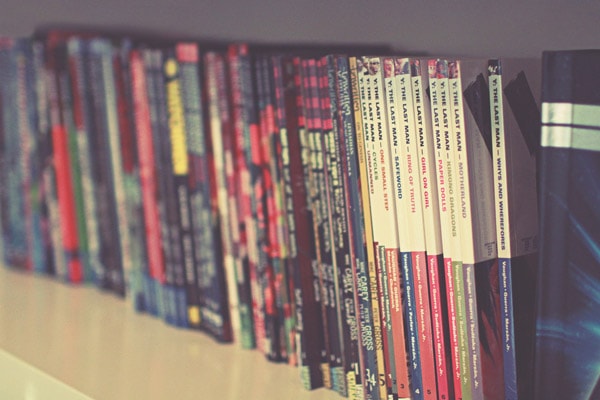 – What types of challenges have you faced as a designer?

– One time, I had to actually print something from a printer. The page was all washed out, the colors looked wrong, the scale was a mess, and I had to avoid a paper jam. But for real challenges, I’d say the entire process. I didn’t come from a creative family, and I’m the first one in mine to do design as a career. It was a completely unknown realm to me: I never went to school for it. But you learn. And you meet amazing people who are willing to come beside you and show you what it looks like to co-labor in this world of pixels and pantones. 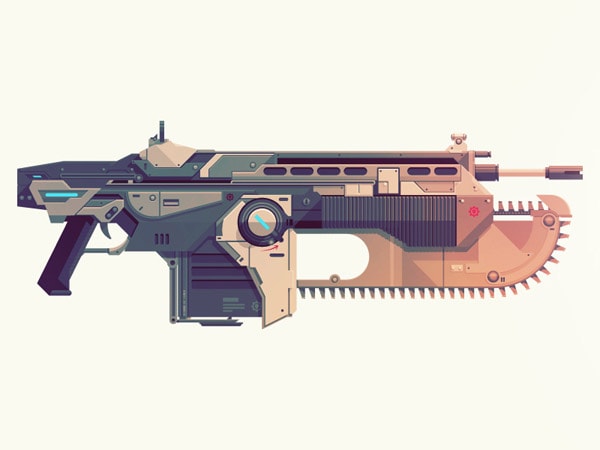 – Any final messages to those just starting out?

– You’ll always be told to work hard, and that’s no lie. Work hard, indeed and give ‘em hell, kid. But also, remember to stop from time to time to remind yourself that work isn’t all there is. Remember that your success shouldn’t define you any more than it should break you. The work you make has the potential to do good things, but you, yourself, have the potential to do great things—and it might have nothing to do with the pixels you put on a screen.

Use your time with intention and purpose. When you fall, when you start to wonder if you’re a hack and this is all just a misguided attempt at making something out of yourself, remember that every one of us knows the burn of disappointment. Refuse to be defined by it. Instead, choose to be refined by it. And if you do, one day, meet with success and recognition, remind yourself that you’re not at the end of the road yet.

Paula is a freelance web designer who documents her travels with photos and words.